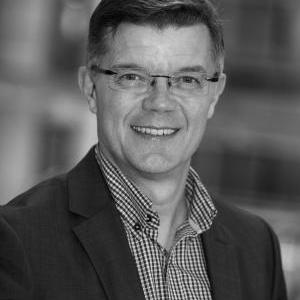 Adrian Carter is vice president and global head of Discovery Research Coordination at Boehringer Ingelheim where he is responsible for guiding research policy and strategy, as well as steering operational themes. His career at Boehringer Ingelheim spans over 35 years and his interests include the neurobiology of dopamine, noradrenaline and acetylcholine release as well as the role of glutamate receptors and voltage-dependent sodium channels in health and disease. Adrian represents Boehringer Ingelheim on the board of trustees for the SGC and the Scientific and Medical Institute (NMI) in Reutlingen, as well as being vice chairperson of the Research and Innovation Strategies (RIS) Group of EFPIA.